HILALCO is a full-service general construction and project development company with the resources and expertise to handle projects of any size, location or complexity.

HILALCO has undertaken many prestigious and demanding Road Works Contracts during the last Two decades and has completed more than 1000 Km lanes of Roads in the Emirate of Abu Dhabi, which includes the initial section of Abu Dhabi to Dubai Highway, Main roads in Abu Dhabi City, Al Ain City and Western region rural desert areas and several internal roads in high profile areas which requires significant traffic management and execution skills.

HILALCO has executed Infrastructure Projects for Urban Township Development since 1993. HILALCO has developed its infrastructure and utilities network capabilities to meet the large scale of urbanization demand that requires efficient delivery of essential water, drainage and sewerage services.

HILALCO's "Special" category classification to build bridges places it in the forefront in constructing bridges in the UAE as well as numerous Underpasses and Flyovers that have been completed with in house resources for the Government of Abu Dhabi.

Marine Construction work is yet another field of experience of HILALCO as evidenced in Abu Dhabi Breakwater road to Marina Mall, Al Raha Beach Hotel, Delma Jetty and artificial islands for power distribution pylons in the Umm Al Nar channel.

HILALCO diversified into MEP works in 1998 and since then has obtained vast experience in the various MEP field.

HILALCO's expertise goes beyond urban infrastructure. The company has completed unique projects to build theme parks, resorts and wildlife sanctuaries, creating a perfect balance between aesthetic elegance and architectural proficiency. HILALCO can take the vision of clients and make a reality.

HILALCO’s expertise in Hardscaping includes nearly 10 years involvement in the Iconic Development of Al Ain Zoo Safari Park and World Desert which consist of hard and soft landscape development of 900 hectares of land.

By nature Civil Work is geographically diverse and extremely demanding. This has made us versatile civil builders equally in busy city environments as well as in remote areas.

HILALCO’s “Special” category classification to build bridges places it in the forefront in constructing bridges in the UAE as well as numerous Underpasses and Flyovers that have been completed with in house resources for the Government of Abu Dhabi.

MAJOR PROJECTS
• Approach Bridges to Sheikh Zayed Bridge.
• Construction of Bridge at Officers City and between Two Bridges Cities.
• Bridge over Truck Road between ME11 & ME12 at Mussafah. 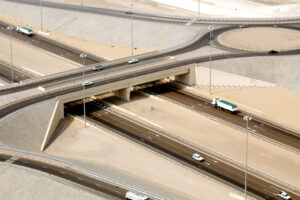 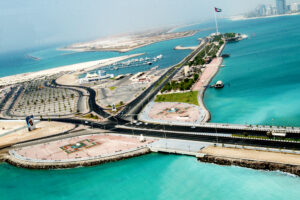 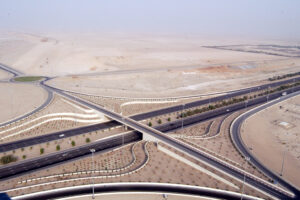 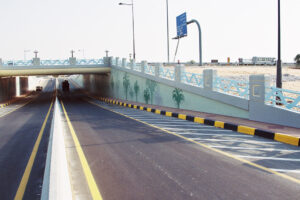